Big win for residents with disabilities 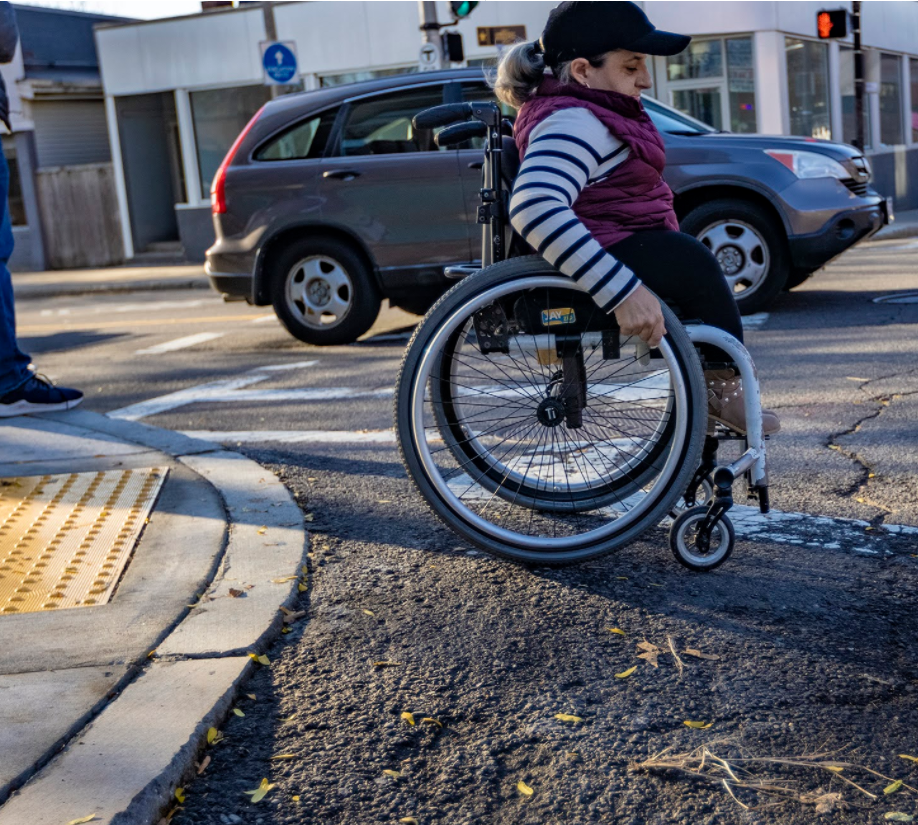 In win for residents with disabilities, Boston must upgrade curb ramps across the city | WBUR News

A long-running civil rights movement has won a huge but quiet victory in Boston.

It’ll mean millions of dollars in spending, and construction projects across the city — including in Jamaica Plain, where Michael Muehe has lived for 20 years.

The Americans with Disabilities Act of 1990 lays out how curb ramps should be built. Yet, a 2018 survey by the Disability Law Center in Northampton showed that less than half of the city’s 23,000 curb ramps met ADA specifications.

McCosh knows the challenges firsthand — she uses a wheelchair. One is figuring out a way for snow plows to clear curb ramps rather than cover them. Another is the hodge-podge of state and private entities that own different curb ramps. The city can’t do work on property it doesn’t own. McCosh said figuring out who’s responsible for a curb ramp is a process in and of itself.

“Disability itself isn’t a problem. It’s the systems like sidewalks and other things that are a problem when they’re not accepting disability as a common, natural life occurrence that it is.”

But Flanagan and Michael Muehe say this is just one step in a long fight.

Up next: state legislation that would close a loophole allowing some housing and places of employment to not be accessible.

We strive to provide the community with information about the latest News, Updates and Events.
Stay up to date, head over to CLW’s Events Page!